skip to main | skip to sidebar

Battle of the Outfits - Week Ten 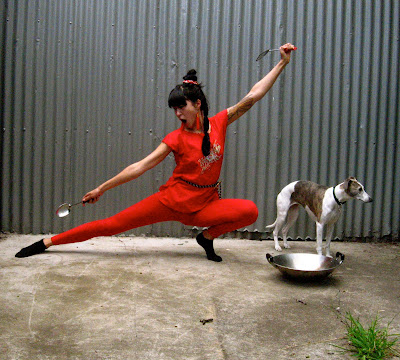 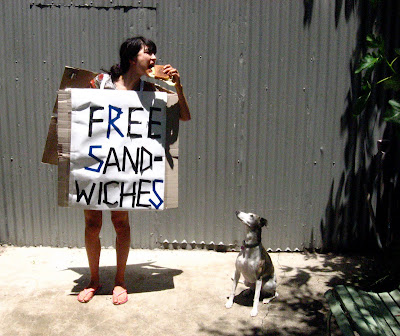 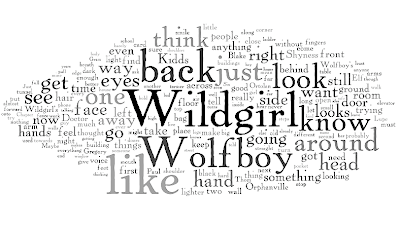 Yesterday I came across a very cool post on Scott Westerfeld's blog, which was his 27th tip for NANOWRIMO. I was already familiar with word clouds, but rather stupidly it had never occurred to me to use one to check for overused words in my writing.
Recently I've been using the`Find' function in Word to replace overused words in my novel, but that relies on me already being aware of the trouble word or phrase. I've found I overuse some unexpected words: scan, flick, and attention, to name a few. But a word cloud will tell you which are your most frequently-used words at a glance. Character names are to be expected; others may surprise you.
Read Scott's original post for his excellent description of how to best use word clouds for this purpose.
The other reason to love word clouds is that they sometimes highlight subconscious ideas or obsessions that you didn't even know were in your writing. Today I dug up a forgotten short story for publication, and while I was at it, plugged it into Wordle, and found my word cloud was chock-full of every single body part I could name. Make of that what you will.
Posted by Leanne at 12:49 PM No comments:

I Call Him Herbie

If Housemate Three can blog about goat skulls, and display photos of himself in the bath, then surely I can post about anthropomorphic fruit. 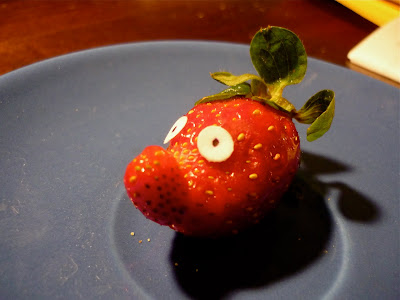 Here is a strawberry. We stuck eyes on it. That is all.
Posted by Leanne at 7:47 PM 3 comments: 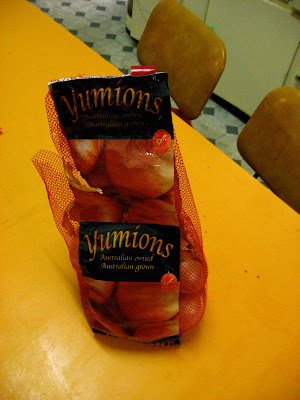 YUMIONS. Really? That was the best you could do? Yumions? 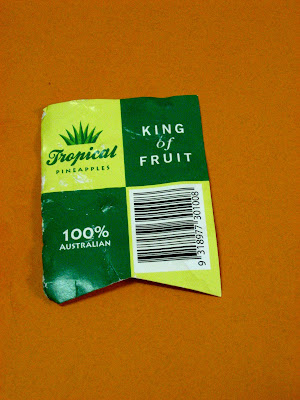 But oh yes, Pineapple - King Of Fruit. Supreme ruler of all the fruit. They even have a spiky green crown.
Posted by Leanne at 7:24 PM No comments:

Battle of the Outfits - Week Nine 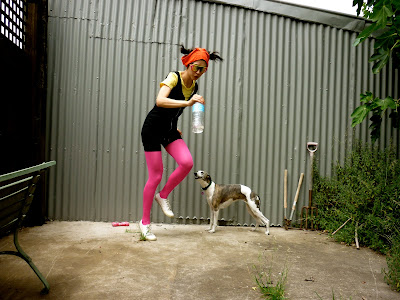 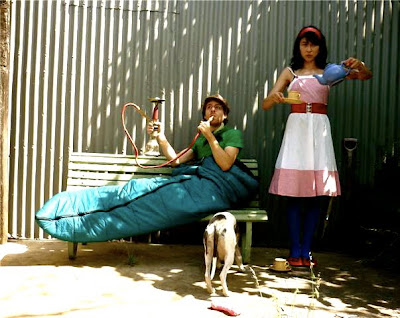 Earthcore 1997 versus Alice & The Caterpillar
Posted by Leanne at 1:47 PM No comments:

Battle of the Outfits - Week Eight 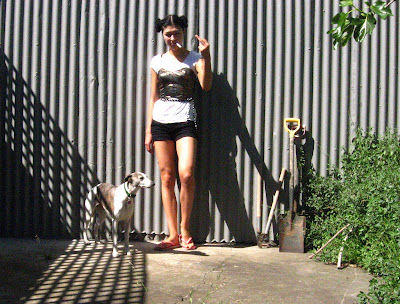 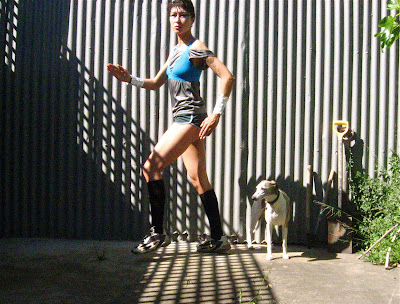 Recently I uncovered a stash of old exercise books from my youth. When I was in Prep my family and I travelled around Europe for three months in a campervan. During this time (no doubt due to the sheer boredom of rattling around in the back of the van for hours at a stretch), I taught myself to read and write. I filled many exercise books with noughts and crosses, word searches, hangman, lists, equations, and many of my very first short stories (almost all of which were illustrated).
Here are two of the stories I wrote when I was six. I have had to finish the first one (in italics) as it was incomplete.
JELLY 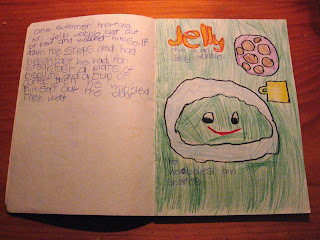 One summer morning Mr Jelly Wobble got out of bed and wobbled himself down the steps and had breakfast he had for breakfast a place of biscuits and a cup of coffee then he wobbled himself out the door then went to the club where he wobbled and wobbled and then he had more biscuits
THE STORY OF THE MAGIC PENCIL
there was a boy called Andrew. he was six years old. One day he asked his mother can go to the pencil shop and get some pencils there yes said his mother so he quickly ran down to the pencil shop carrying a large tin of pencils. but one of them was not a pencil. But it was a magic pencil. The end. 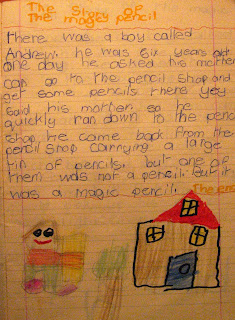 This is admittedly a bit of an abrupt ending. If I was going to re-write it I would go for something like:
The magic pencil could draw the future and anything it drew even spaceships and ice-cream came true. The end
Posted by Leanne at 9:32 PM 3 comments: